EVER WONDERED ABOUT GOD

WHO HE IS AND WHY

This is Torque Talk

to Believe in God

If there's only matter nothing matters, no reason to trust reason, no objective moral values.

Scroll down on each page to the text

The search for meaning/purpose in life is ultimately a useless exercise in a blind pitiless indifferent material world - if there is nothing outside the human brain. Molecules alone = no meaning

It is not that one cannot but will not believe

The most unchurched city in the USA

The existence of God cannot be proved by scientific means as He is outside of space, time and matter.

The apologetic should demonstrate that there is nothing more logic than explaining God.

the clearer God will become to the free, open, seeking mind.

Blind faith is not Biblical.

Links to other Websites:

Dr Tertius Venter on. Hour of Power with Bobby Schuller

Tertius Venter had been in private practice as plastic and reconstructive surgeon in East London, South Africa, for 10 years when he signed up to serve on a Christian hospital ship for 10 days on the West Coast of Africa. Gripped by the love and reality of God, the intense poverty he saw and the desperate need of people sharing our world, his life changed forever. He was called to serve God fulltime and serves in different ministries. Since 2006 Tertius has been a fulltime volunteer with the organizations Mercy Ships International, Operation Smile and The Pan African Academy of Christian Surgeons to help relieve this enormous burden that destroys so many lives. These organizations reach out to the forgotten poor with a message of hope and healing, show them by word and action that each human life is valuable, important and certainly not forgotten.  While physical and spiritual healing takes place, dignity and self-respect is restored.

1. Mercy Ships International: On the hospital ship, operating mainly on the West Coast of Africa, the M/V Africa Mercy is a 450 crew Christian hospital ship, offering free surgeries to the peoples of West Africa, one of the poorest regions in the world, where up to 60% of the population has no access to any form of medical care. (www.mercyships.org)

2. PAACS: Tthe Pan Africa Academy for Christians Surgeons trains surgeons in Africa and is active in countries like Gabon, Niger, Kenya, Cameroon, Malawi and Ethiopia training African doctors through a 5-year program credentialed by the Loma Linda University in California to become surgeons dedicated to service in Africa - currently 70 surgeons are in the program. (www.paacs.net) In the United States there are one surgeon for every 2 272 people and in Ethiopia one surgeon for every 1.6 million people

3. Operation Smile: repairing cleft lip and palates in patients of all ages as it is believed that no one should be burdened and often ostracized by a defect that can be repaired in 45 minutes. It is a global charity founded by a Christian plastic surgeon and operates in all countries where the poor cannot afford surgery eg. South America, Central America, Africa, China and India. (www.operationsmile.org)

Since 2014 Tertius has undertaken six bicycle tours in Europe -2, South Africa -2 and the USA –2, to raise funds and to raise awareness of the desperate surgical need of the poor; 5 billion people in the world do not have access to safe affordable surgery that devastates individual lives, families, communities and countries’ economies. The USA tour in 2015 was the longest, from New York to San Francisco but not in a straight line but in the shape of two smiles over a 4 000 mile, 6 500 km, distance, hence the Cycle Miles for Smiles campaign; to put smiles on people’s hearts and faces. An estimated 20 million people has been reached with this message through television, radio, the written media and talks at hospitals, churches and various public opportunities.

Apart from serving the poor with free surgical procedures, he has a ministry in the Red Light District of Amsterdam bringing the love of God to the girls trapped in prostitution.

And  a heart to bring the reality and love of God to the sceptic, the agnostic and the atheist.

1. The Secret of Beauty

2. A Lemoncode Sceptic and Orange Answeres

The Dawn of a New Day 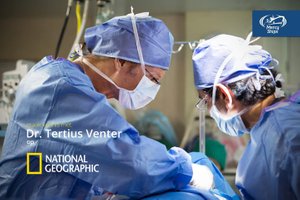 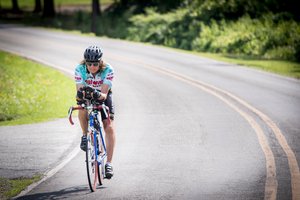